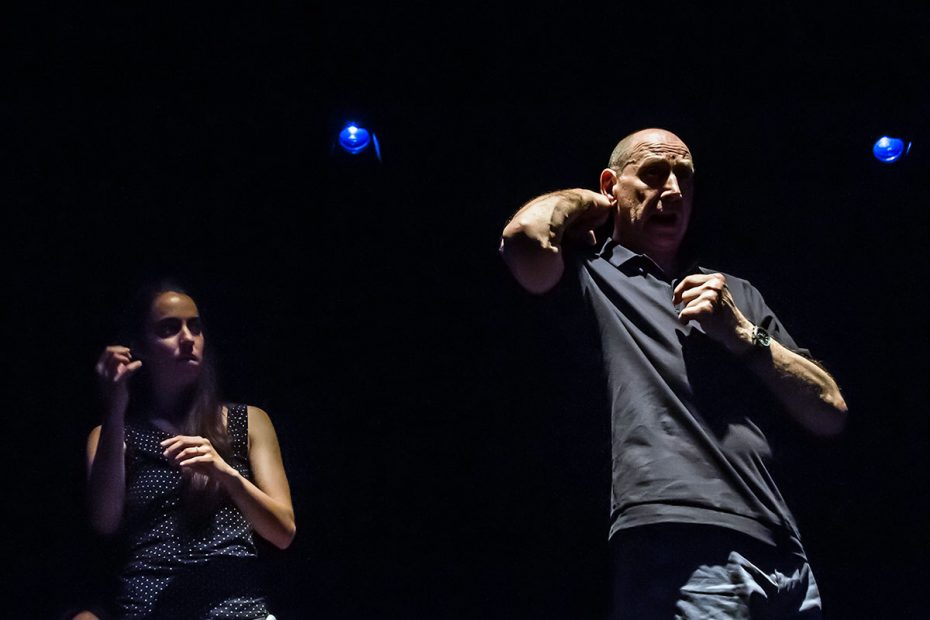 Marek Dziurman – High frequency deafness – lip-read,stammers and suffered a stroke at the age of 23. I discovered a link between being constipated  and clearing my ears while diving a few years later, which was pressure on the heart and found I had a HOLE in the heart which I never knew till I was in my thirties that what causes the stroke.

Joined Stroke Odyssey in 2016 after seeing their first performance and it blew my mind at the time.
I have performed with them many times as well as going on tour in 2018 which was great to travel to other places to show people what we can do.
I am also a member of the neighbourhood theatre at the Young Vic and have performed twice in THE CURTAIN in 2016 and THE AMERICAN DREAM in 2019.

Being able to performed gives me a great feeling with confidence and able to express myself .

Stroke Odyssey allows me to do just that.